In 2018 Zack launched Such A Nice Day (SAND) Adventures allowing him to live and share his passion for paddling and the outdoors with others.

Zack has led/organized many sea kayak expeditions on Lake Superior since 2006. Additionally, he has worked all over the world as a sea kayak guide, outdoor educator and instructor with many seasons at Outward Bound schools and other organizations under his belt. When he can, Zack now spends a good portion of his winters guiding kayaking programs on an expedition cruise ship in Antarctica with Polar Latitudes.

Zack is very passionate about water and its importance in our lives. He feels the more time one spends on, in or near water, the greater the connection becomes to the world around us. Along with being a highly experienced guide and seasoned mariner, Zack is a certified Polar Guide with the Polar Tourism Guides Association (PTGA), is a Level 2 Paddle Canada Sea Kayak Instructor and wilderness first responder. His enthusiasm and zest for life is contagious and he looks forward to sharing some of his knowledge and experiences with you!’ 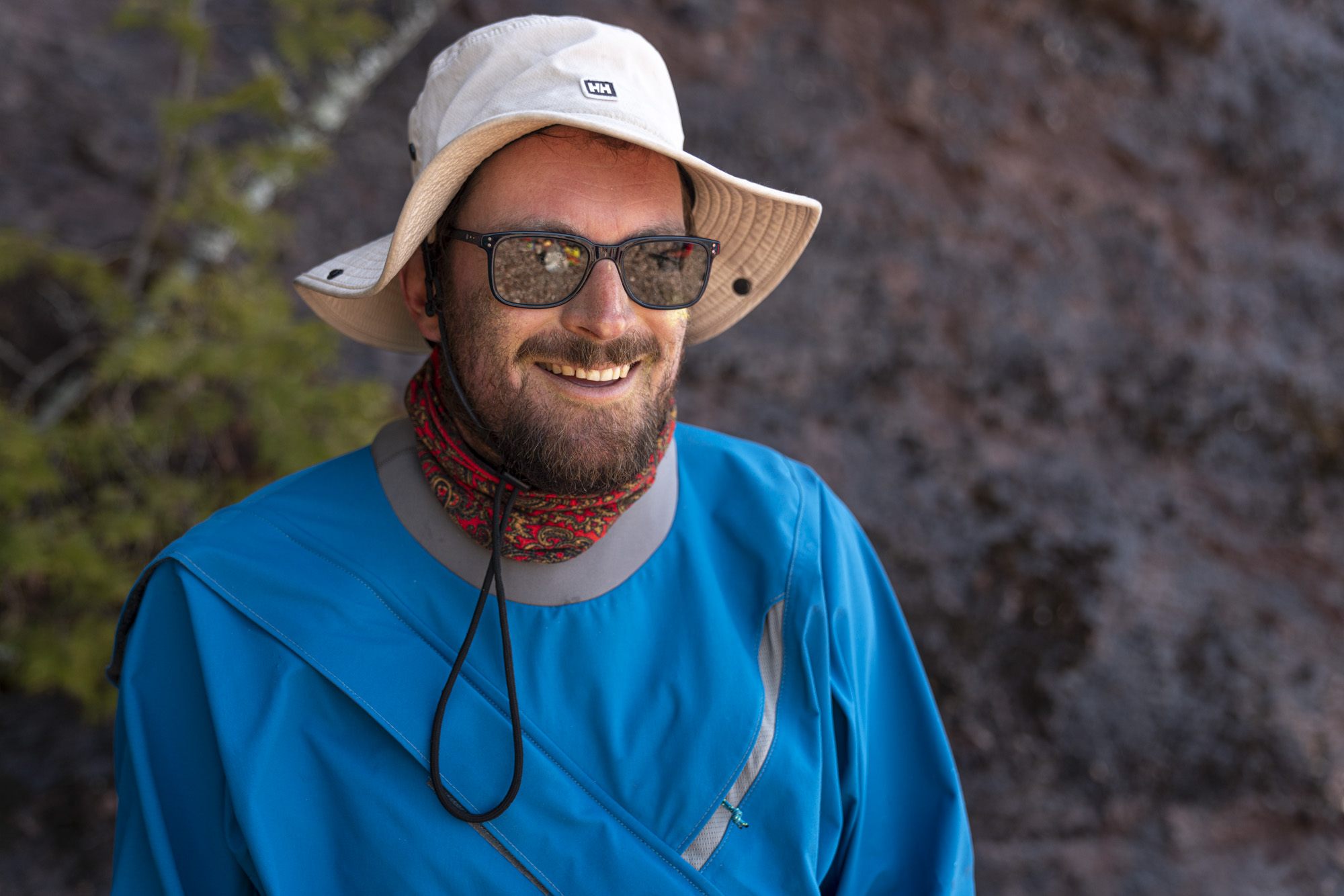 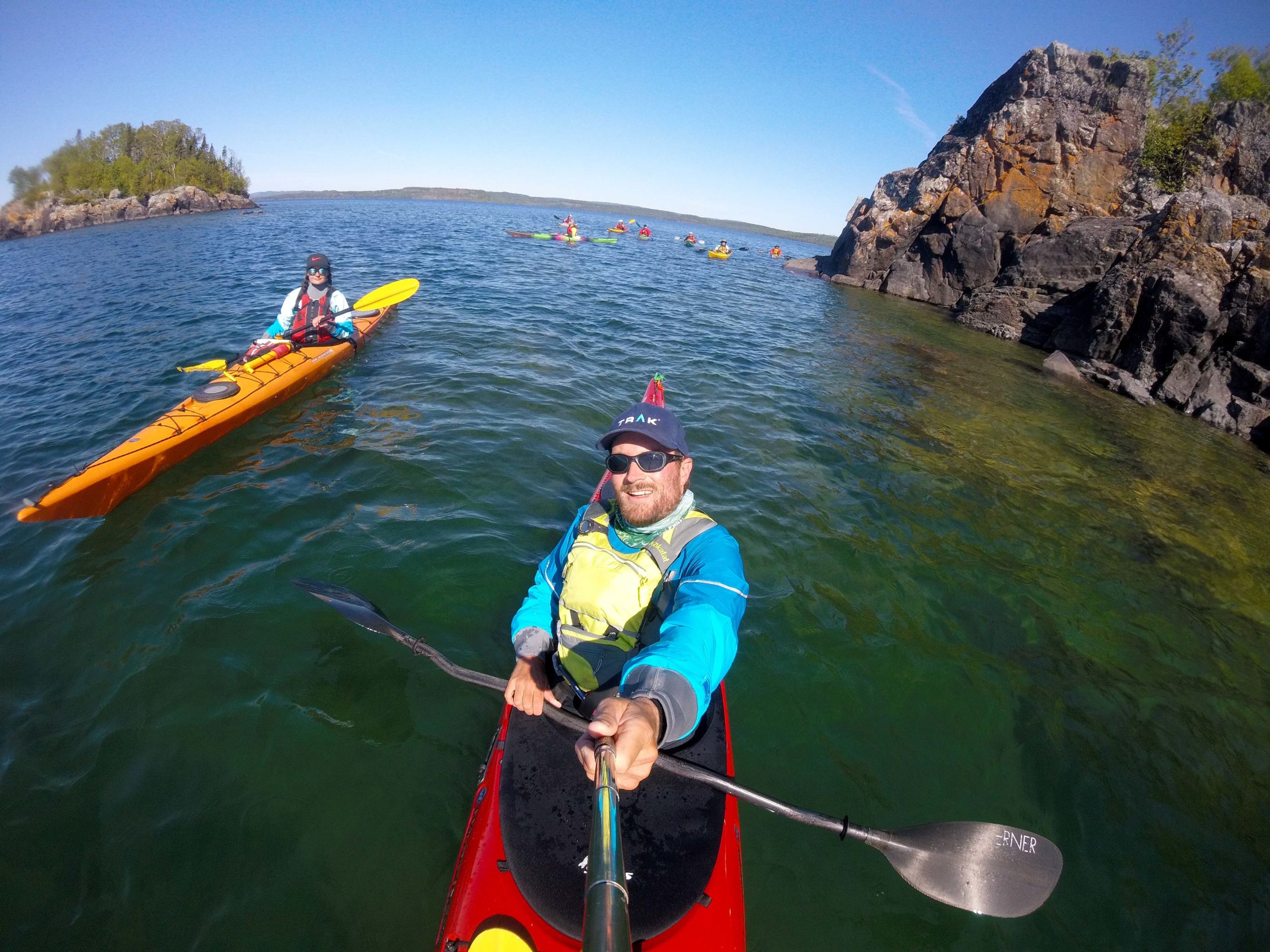 Pablo was born and raised in Patagonia, Argentina, on the Atlantic ocean. Growing up he always had the waves of the sea and nautical activities in his life. Pablo studied Physical Education in Buenos Aires.
After his studies he returned to Patagonia, next to Los Andes “Los Antiguos”, on the shores of the second largest lake in South America.
In Patagonia, Pablo had a kayak school for children and worked on large rivers systems and glaciers. He has also had the opportunity to spend three seasons in Alaska working as an expedition guide at sea, in front of imposing glaciers and in contact with extreme nature, as in Patagonia.
Pablo is passionate about knowing new places and new people, as well as sharing experiences and adventures.
Now he is living in Rossport for the 2022 season and is excited to explore the world’s largest lake with you, Lake Superior. 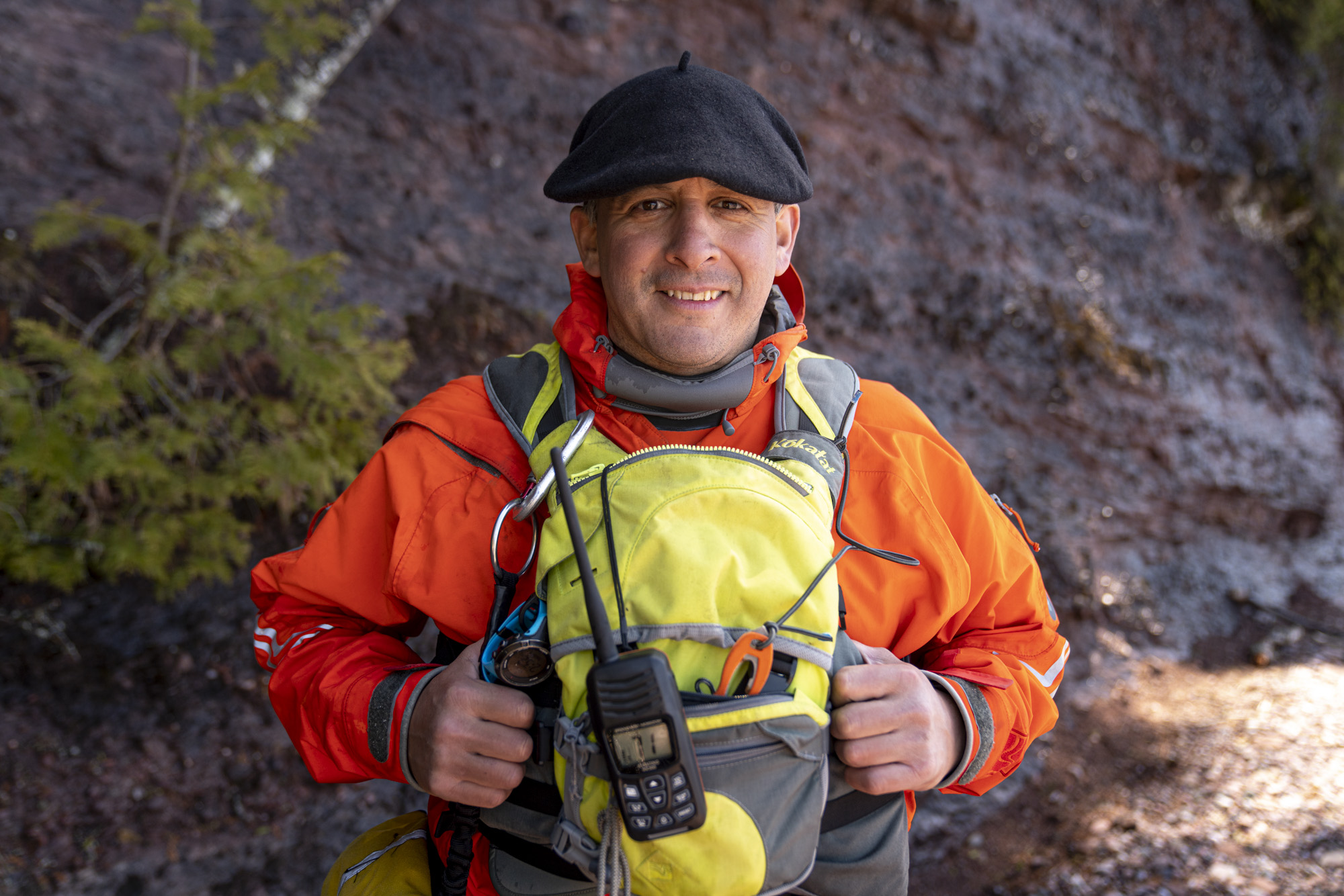 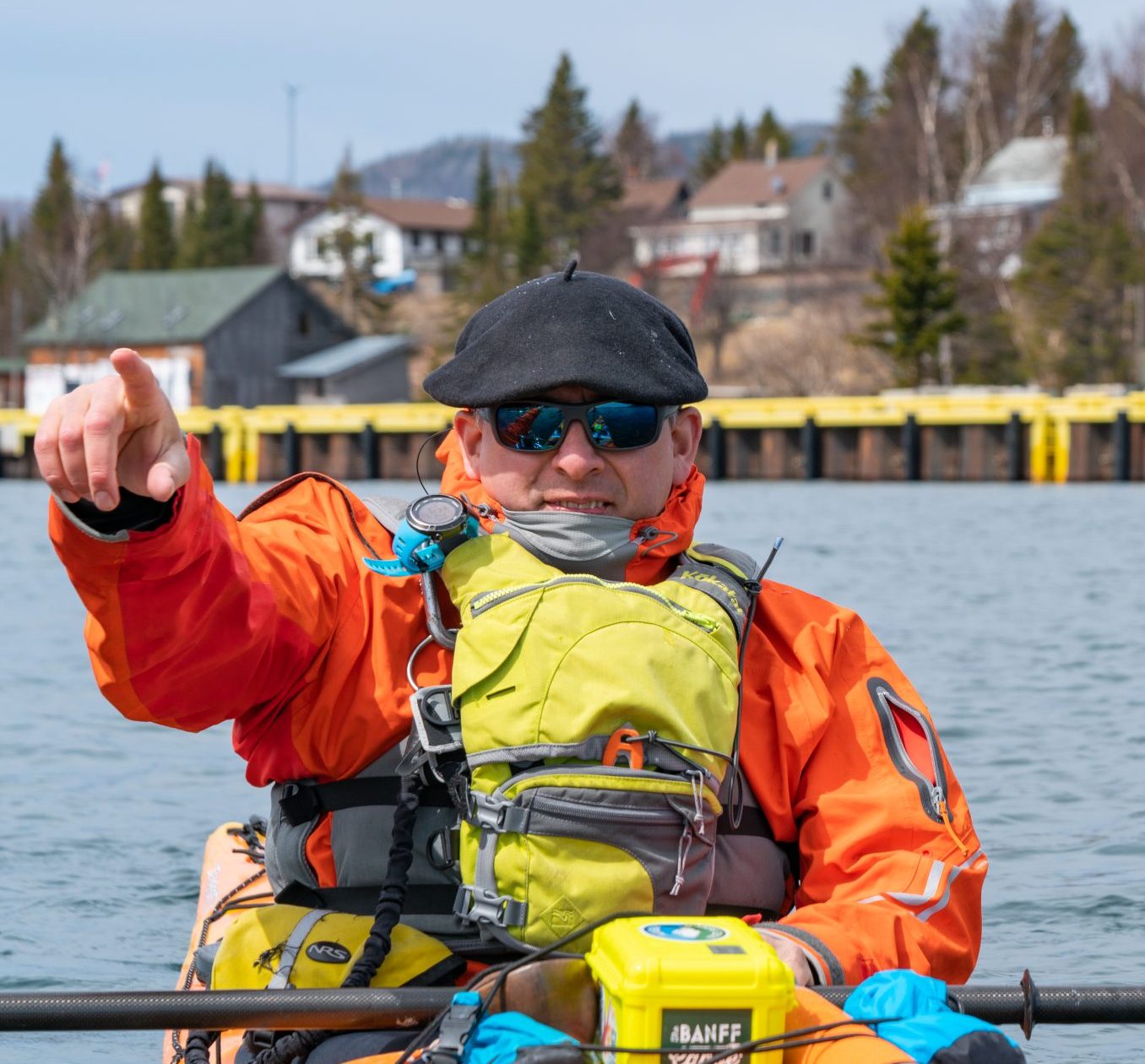 After moving to Thunder Bay to study Outdoor Recreation, Parks and Tourism at Lakehead University, Peter was enchanted by the magic of Lake Superior and has been here ever since. He enjoys exploring the clear waters of the lake in all weather conditions and sharing its beauty and stories with others. 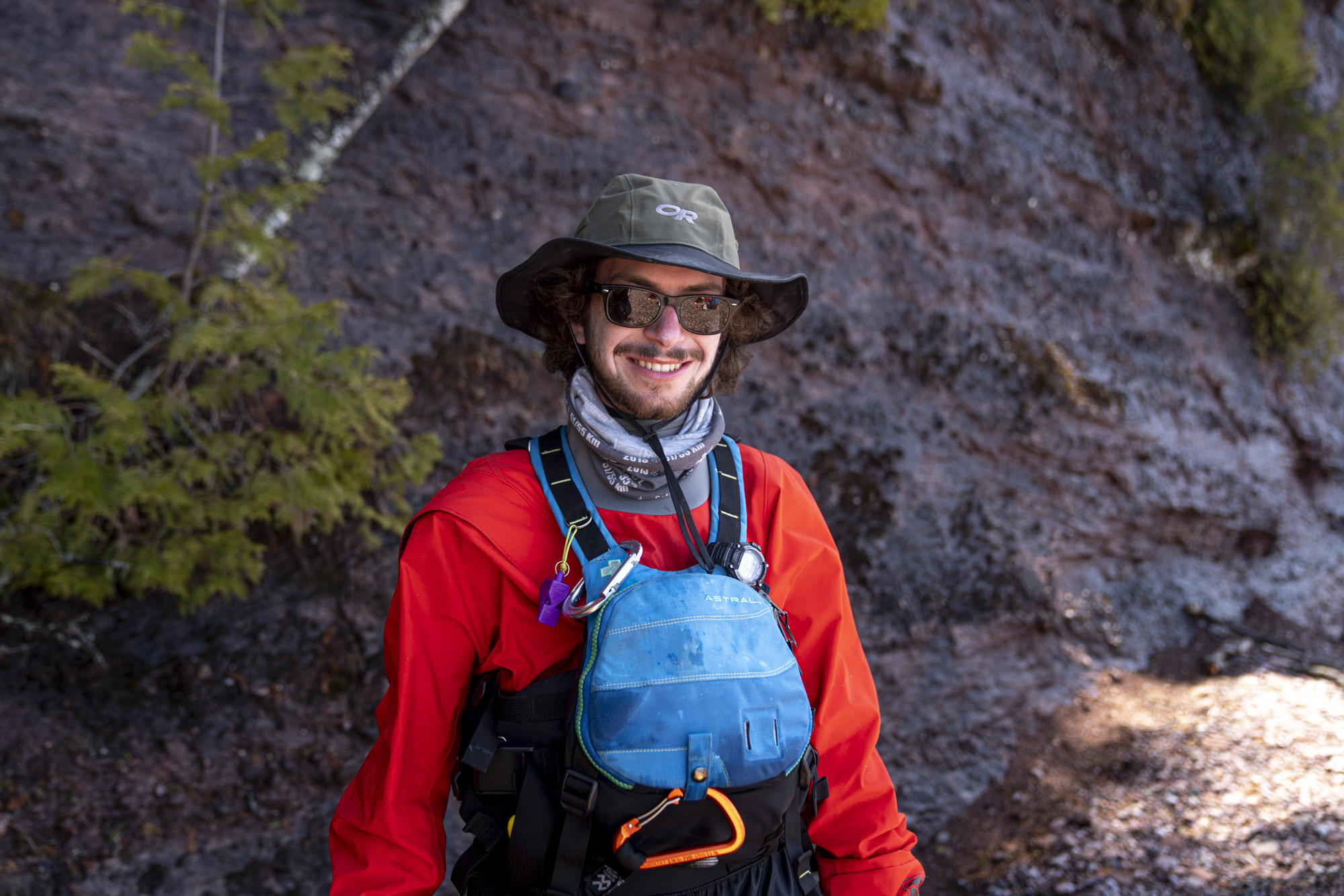 Daphne loves kayaking because it’s something fun to do with your friends on the water. It allows one to go to some really cool and interesting places. Their favourite thing about kayaking on Lake Superior is how it’s always different even if you go to the same place twice. Daphne who is pursuing a career in acting loves exploring new places. Kayaking gives them a way to share that passion with like-minded people. Daphne has their Paddle Canada Level 1 Instructor Certification and Advanced Wilderness Medicine First Aid. They love teaching paddling skills and helping others feel comfortable on the water in a kayak. They hope to see you out on the lake this summer! 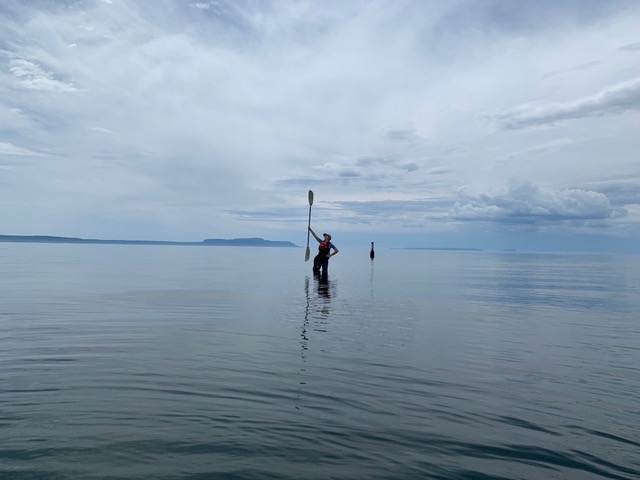 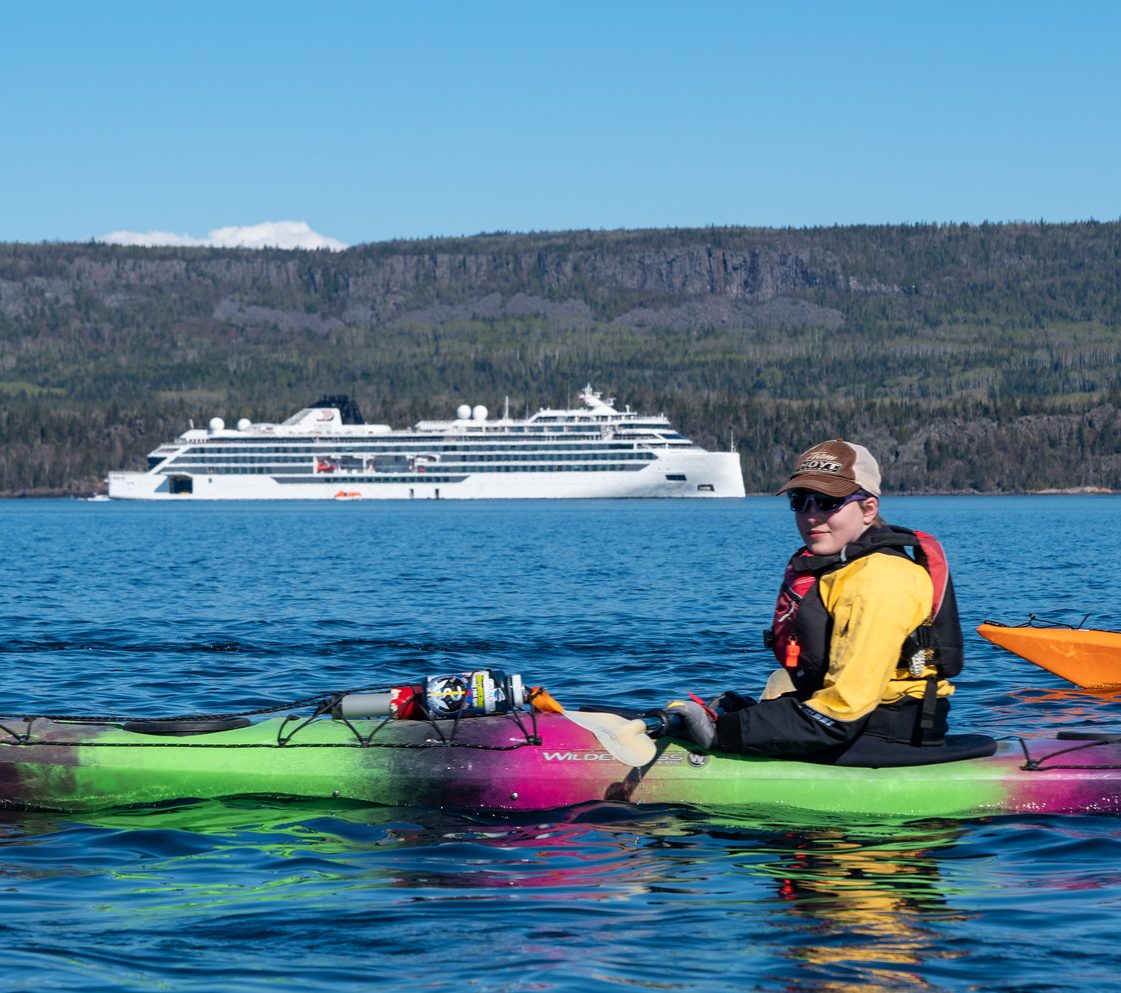 Darrell began kayaking on Lake Superior in the early 1990’s, He has a MEd with a focus in Ecological and Experiential Education.  He worked at Lakehead University for 14 years in the department of Recreation, Parks and Tourism teaching a number of university level sea kayak expedition courses, and spent much of his academic life studying the natural and cultural history of Lake Superior. Zack and Darrell co-wrote the Paddlers Guide to the Lake Superior NMCA during his tenure at Lakehead University. Darrell’s work and personal vision are entwined in that his ultimate goal is to work towards protection and preservation of this incredible body of water (10% of all available fresh water on the planet!).  He feels truly lucky that a personal passion is also a vocation with his work at Parks Canada. 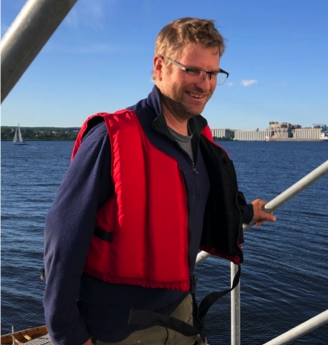 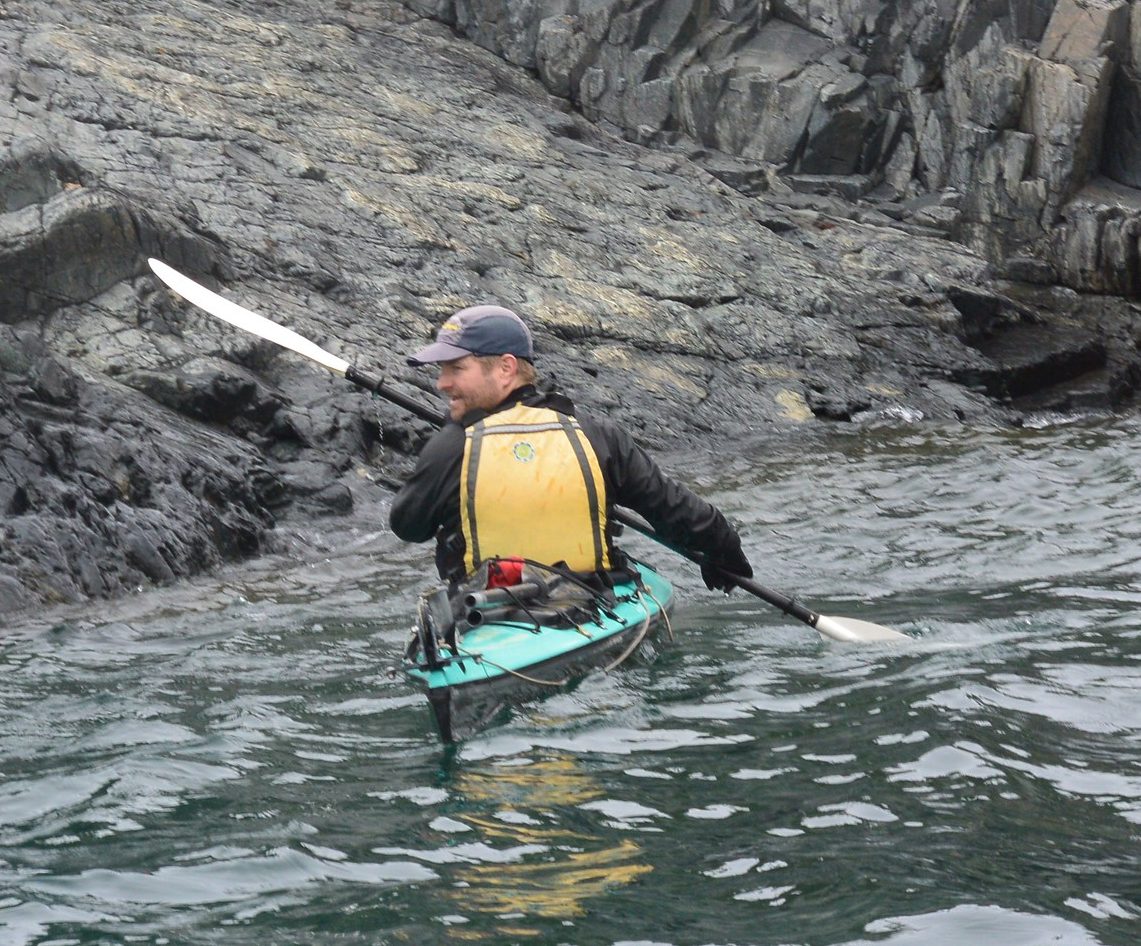 Robert Stewart is a professional geographer with a keen interest in the biogeography of Lake Superior.  Robert provides interpretive tours on the big lake and engages in environmental monitoring of industrial pollutants into Lake Superior. He has worked with SAND on private environmental consulting projects and is excited to development future collaborative efforts to help educate people and protect our precious body of water. Being on the lake with his sons and experiencing its wonder together is the best place he can be. 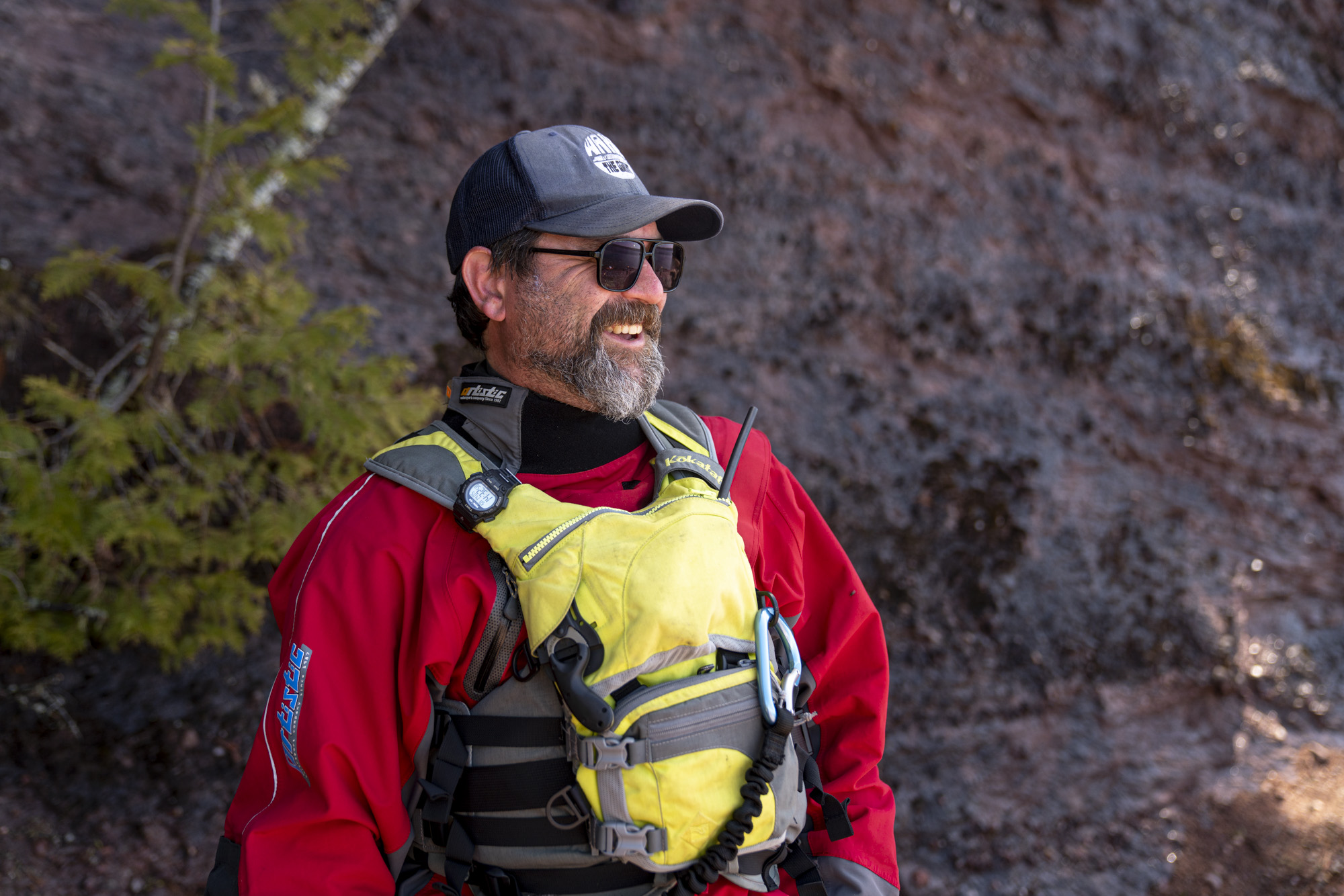 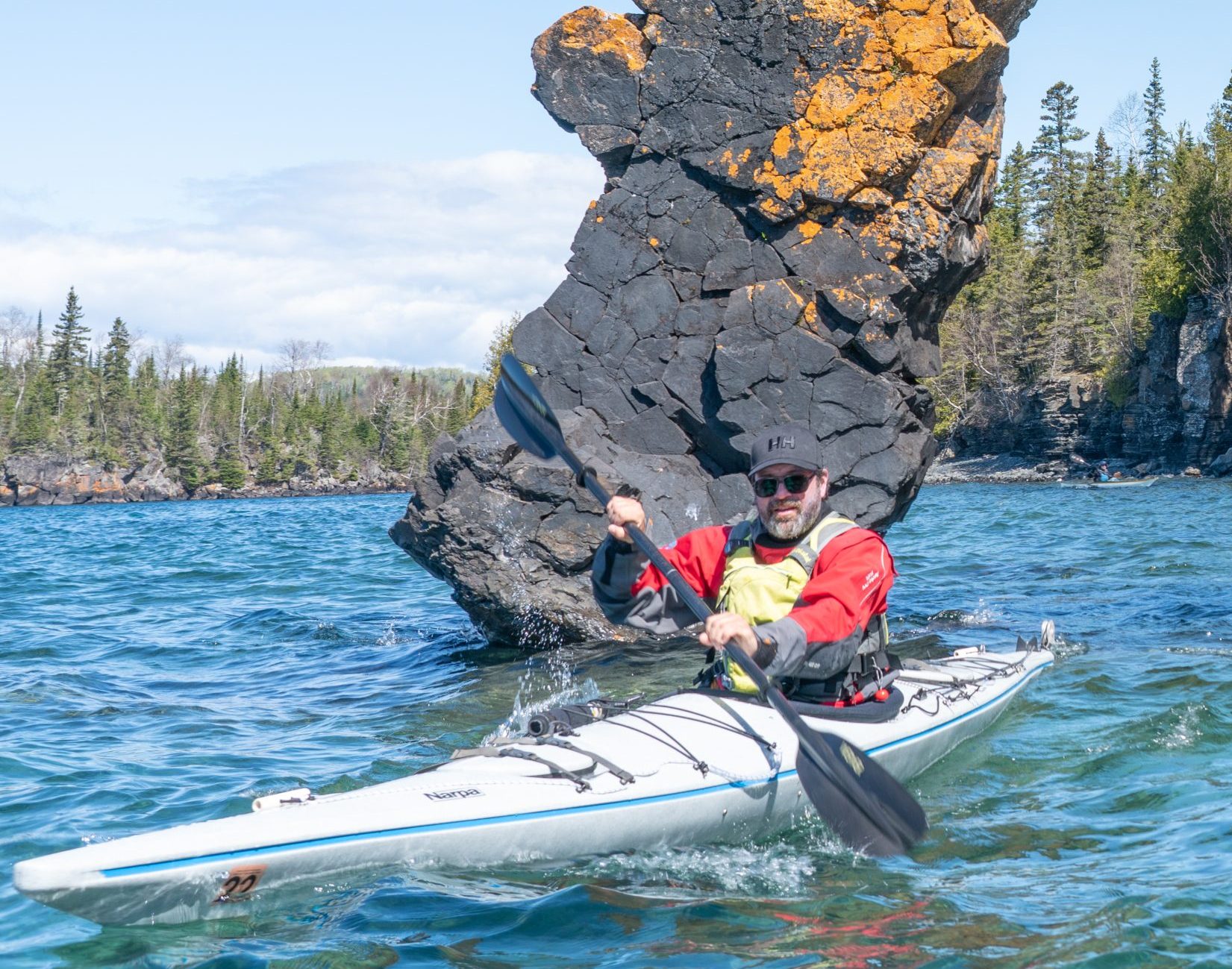 After moving to Thunder Bay nearly 20 years ago to study a degree in the arts at Lakehead University and then social work, Alli fell in love with the beauty of Northwestern Ontario and has been here ever since. In 2007, she kayaked for the first time on Lake Superior with Zack and a team of friends along the Rossport Islands. It was around then that Zack was known to wake up the other sleeping campers in their tents every morning by enthusiastically announcing “It’s SUCH A Nice Day!” And so, the iconic name was born and has lived on during the many trips she has enjoyed with Zack and friends on Lake Superior over the years. Last summer, Alli began working with SAND as a kayak guide. She has completed Level 2 Sea Kayak skills and Wilderness Advanced First Aid and has over 15 years of experience kayaking on lake superior.

Inspired by traditional boreal ecological and cultural knowledge, Alli has lived and worked in the bush for many years and has sought to learn about the medicinal plants of the boreal forest. She is a multidisciplinary artist and the founder of BOREAL BODY, a wildcrafted skin care business based in Lappe, Ontario, where she makes all-natural medicinal skincare products with boreal forest plants and offers wildcrafting workshops. While guiding kayak trips, she enjoys sharing her creativity preparing delicious gourmet meals with wild foods. She’s been known to sing around a campfire, she swims like a sea otter and enjoys sharing her passion for Lake Superior and the boreal forest with
others. 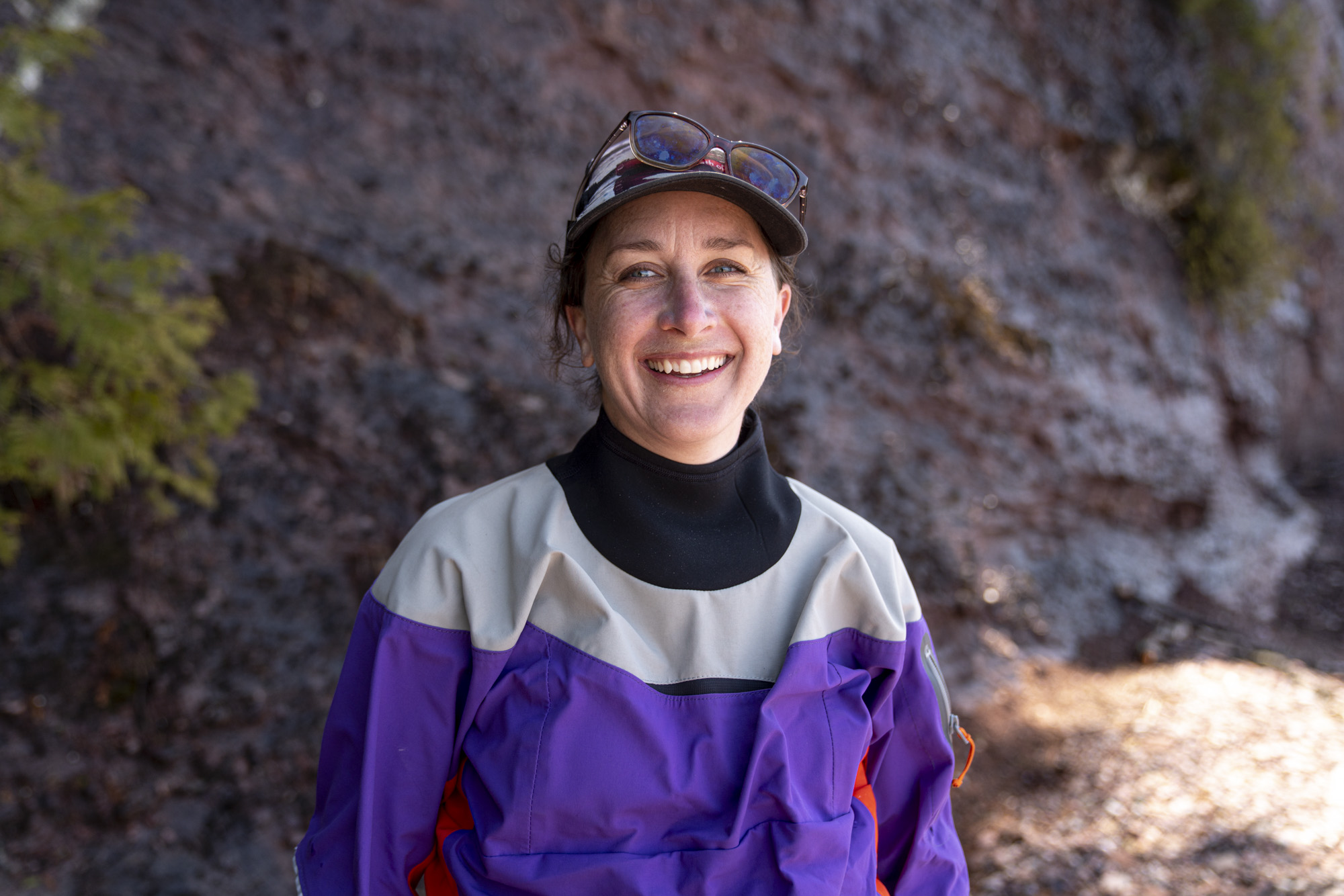 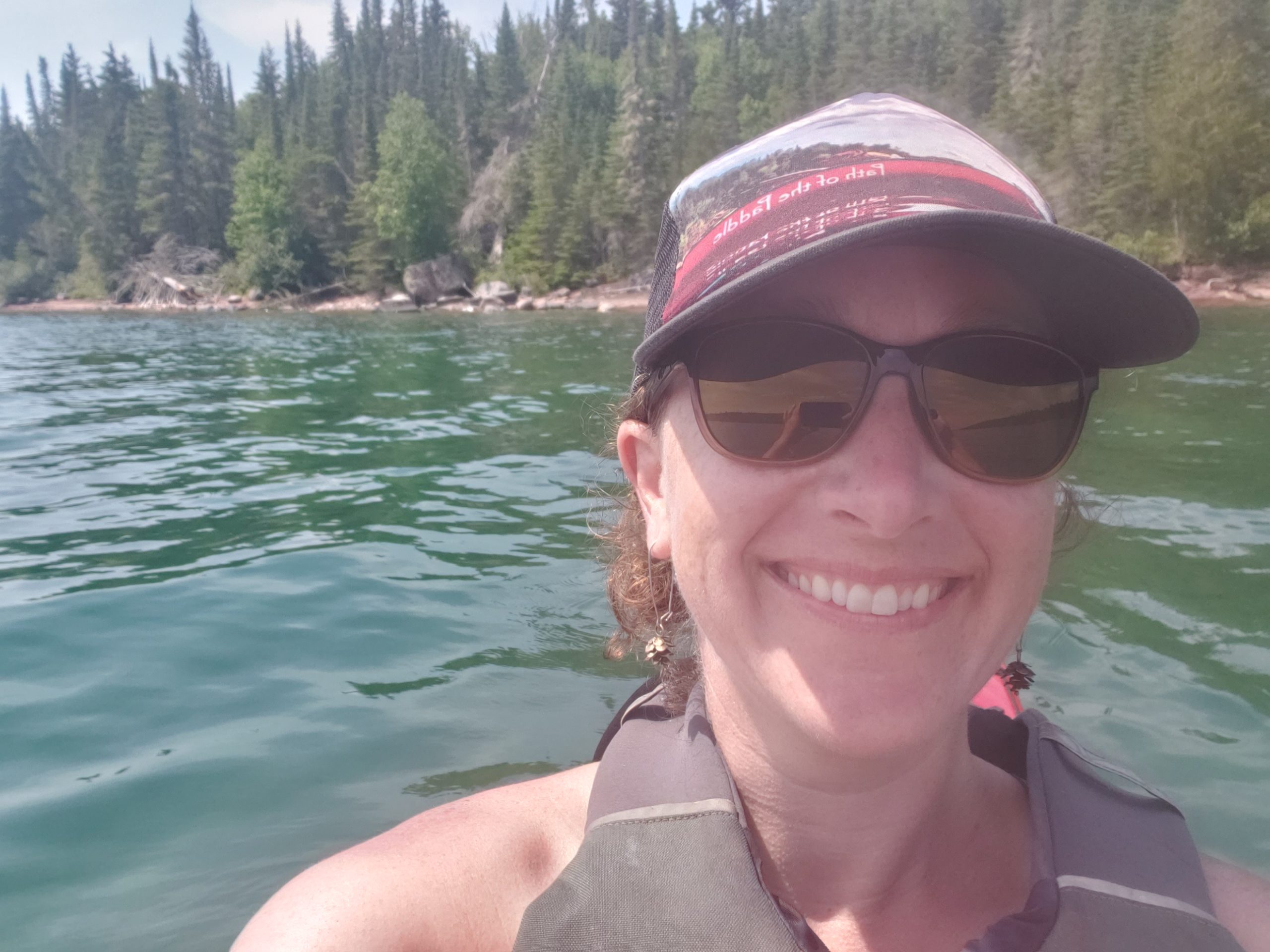 Matiss is new to the SAND team but has been kayaking and kayak guiding for several years now. He fell in love with paddling Lake Superior’s clear waters with S.A.N.D.s founders while attending Lakehead U in Thunder Bay in the 2000s. He currently resides on Vancouver Island, British Columbia, paddling on the wild west coast. When not paddling, Matiss is a public school teacher, goes on alpine treks, volunteers on the Board at a community run ski hill, and gets outside as much as he can. 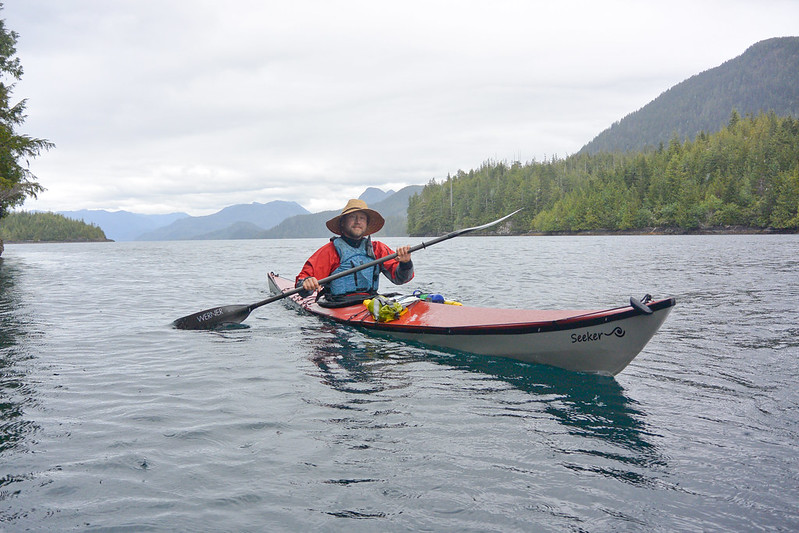 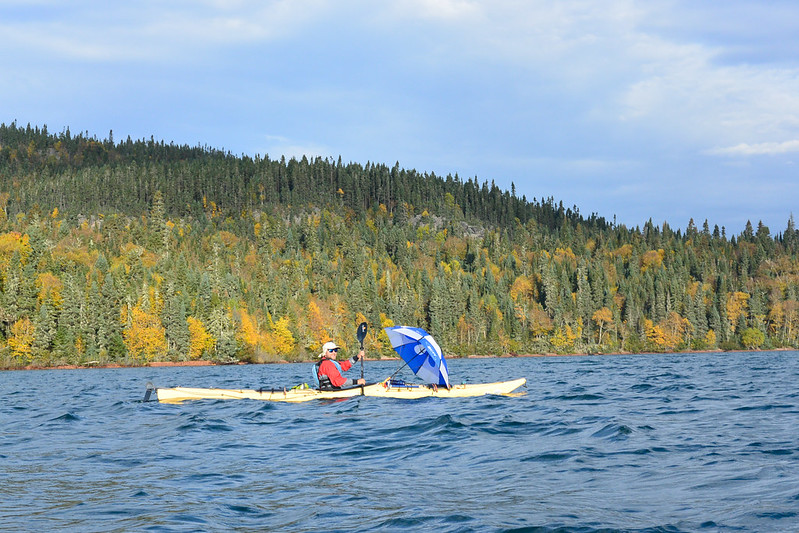 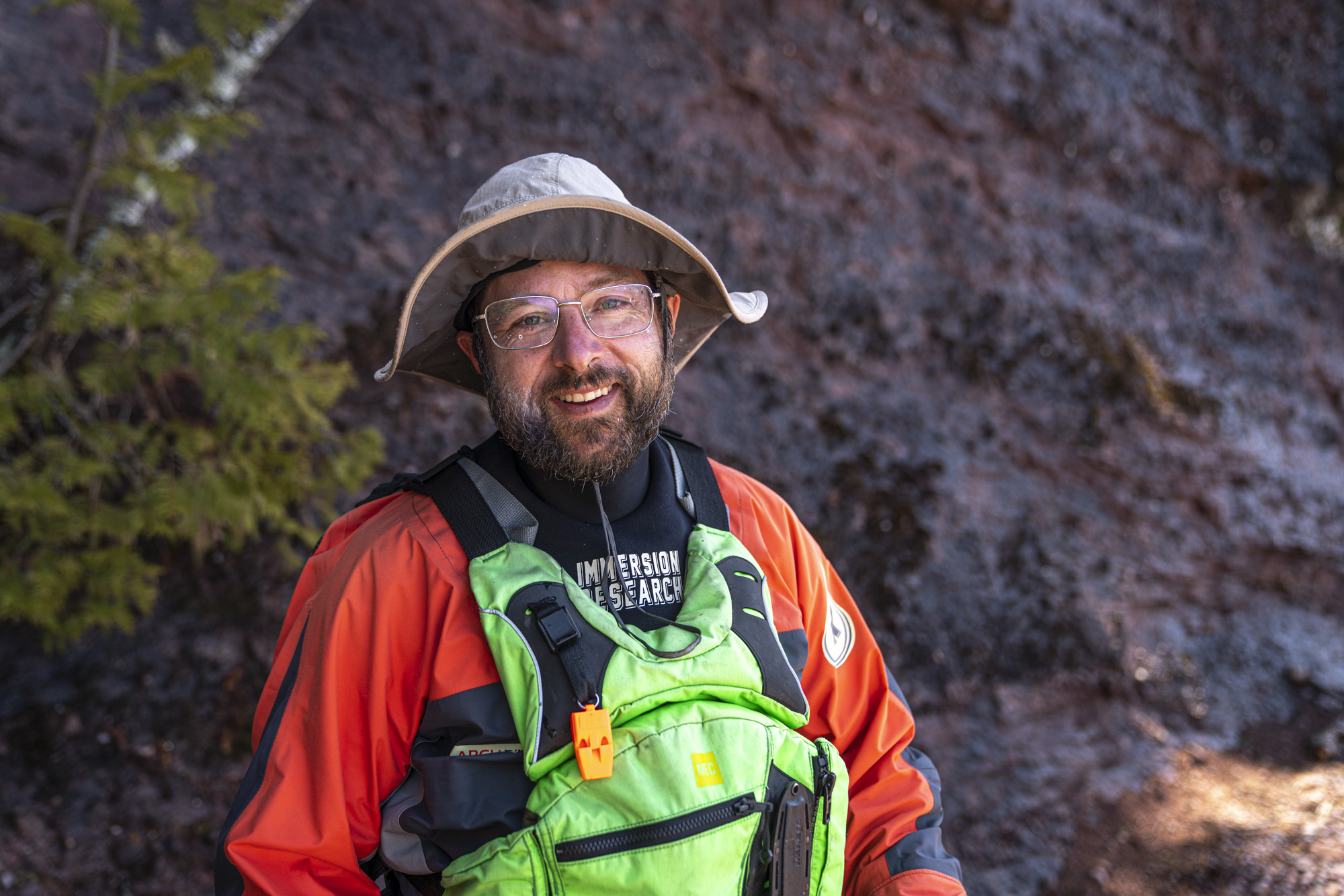 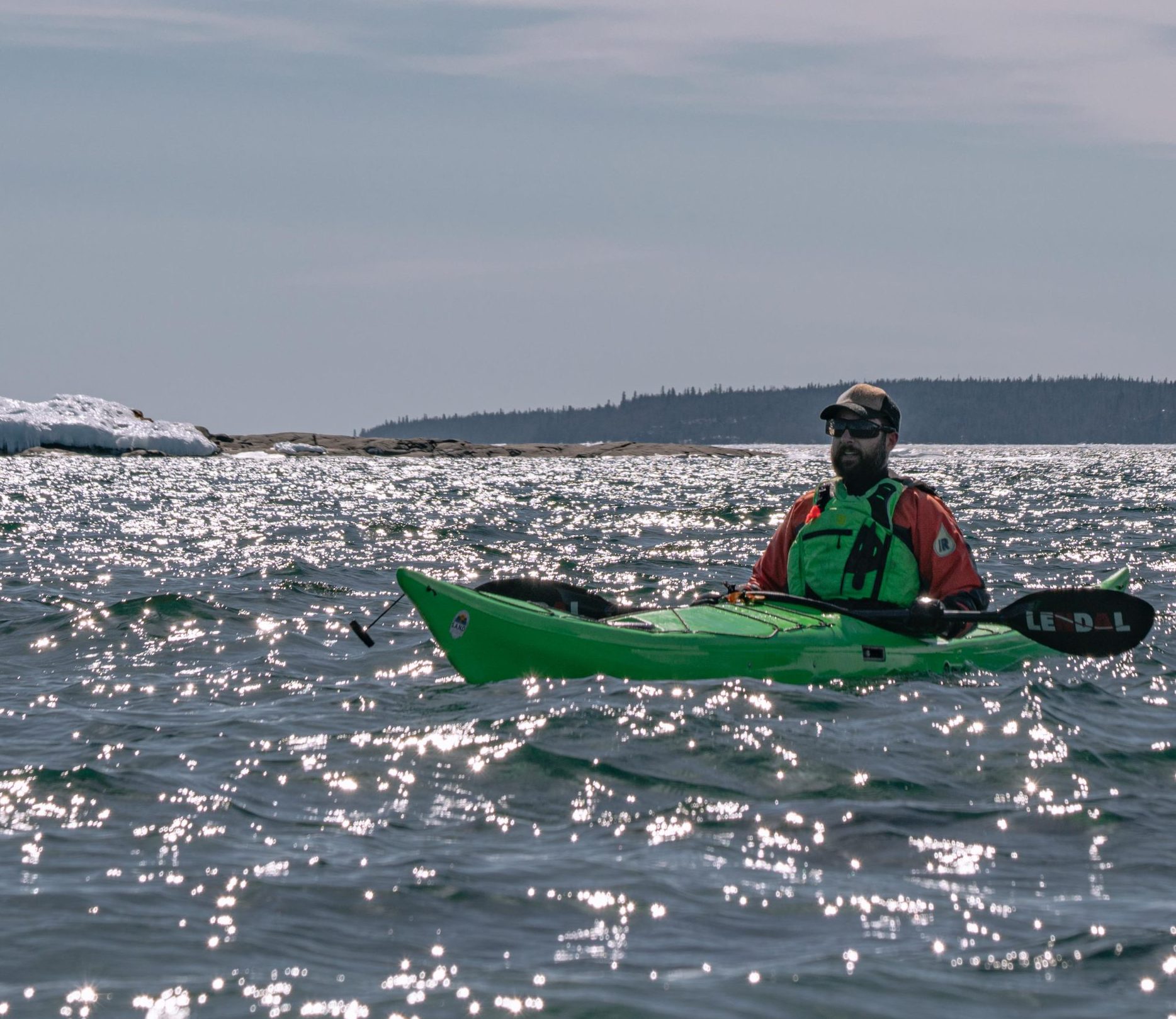 Holly grew up next to the sea where she found her love for being on the water. She would spend her weekends at her cabin in Newfoundland paddling around on the kayak and long weekends at kayaking retreats with her family. When she moved to Thunder Bay for her Master’s of Environmental Studies (which she completed this year!!) she started her journey in exploring Lake Superior. Holly has an incredibly adventurous spirit and loves anything that pushes her boundaries a little from biking to the sleeping giant for sunrise to 100km ski races to swimming in Superior all months of the year. She is passionate about women’s representation in outdoor activities and sports and has founded a women’s climbing club and women’s disc golf club in Thunder Bay as well as the Women’s Committee for the Canadian Disc Golf Association. She can’t wait to share her love of water with you!! 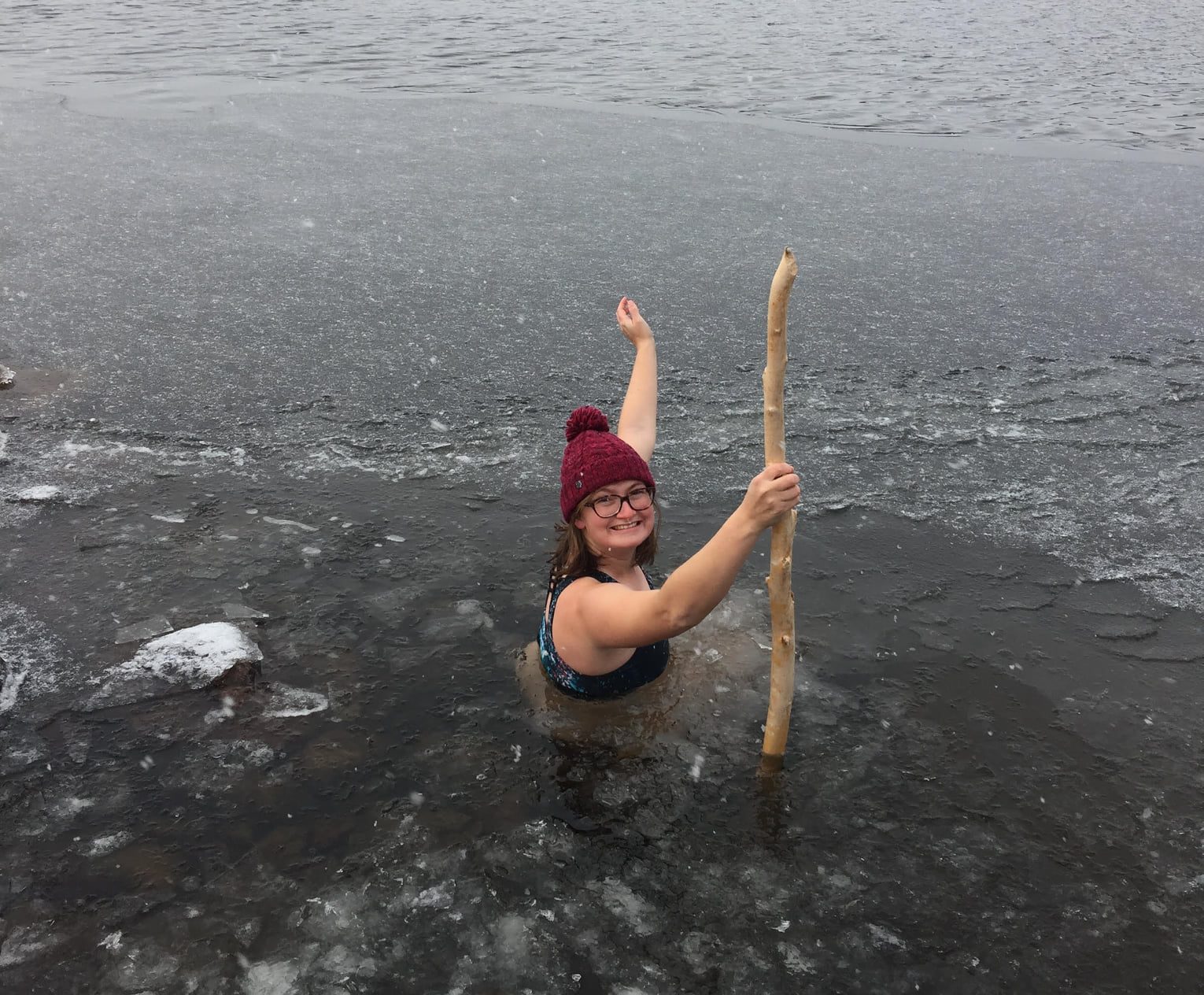 Many years ago, Lise attended a Rossport Sea Kayaking Symposium, became hooked on paddling and decided, then and there, that there was no better place to live than Northwestern Ontario.  Since that first weekend of paddling, she has explored most of the North Shore of Lake Superior by kayak.  An experienced educator, Lise teaches at Lakehead University’s Faculty of Education and is a Paddle Canada Level One Instructor. She loves nothing better than introducing people to the joys of paddling and the adventures that can be had on lakes, big and small in Northwestern Ontario. 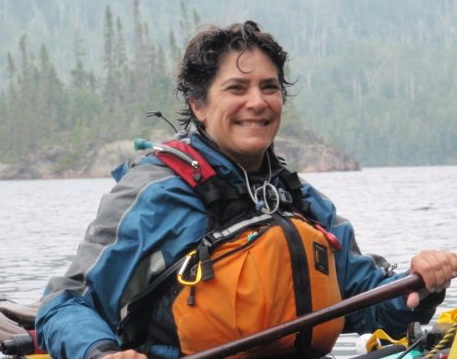 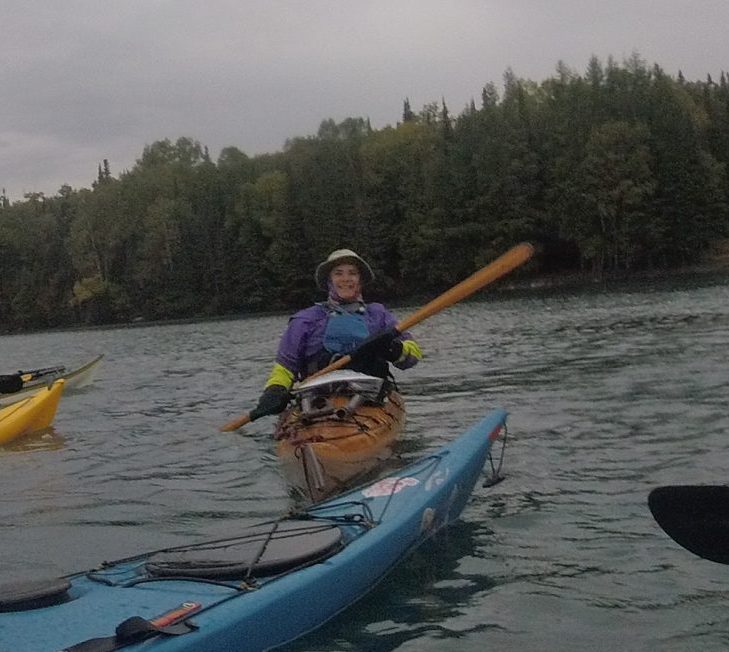 Born and raised on the north shore of Superior, Claire has raised 11 children who have now fled the coop. With a big empty house on one of the nicest spots on Superior, she started her vision for the Nestled in Nature B&B. She looks forward to sharing her joy of nature with travellers looking for a place to rest their weary heads or start off on a new adventure! When not busy with her hosting duties, you can find Claire picking blueberries, organizing events with the CWL, singing around a camp fire, or helping others. She truly finds joy in sharing what she has been given and enjoys nothing more than to see others excited to be experiencing her little piece of heaven we call home. 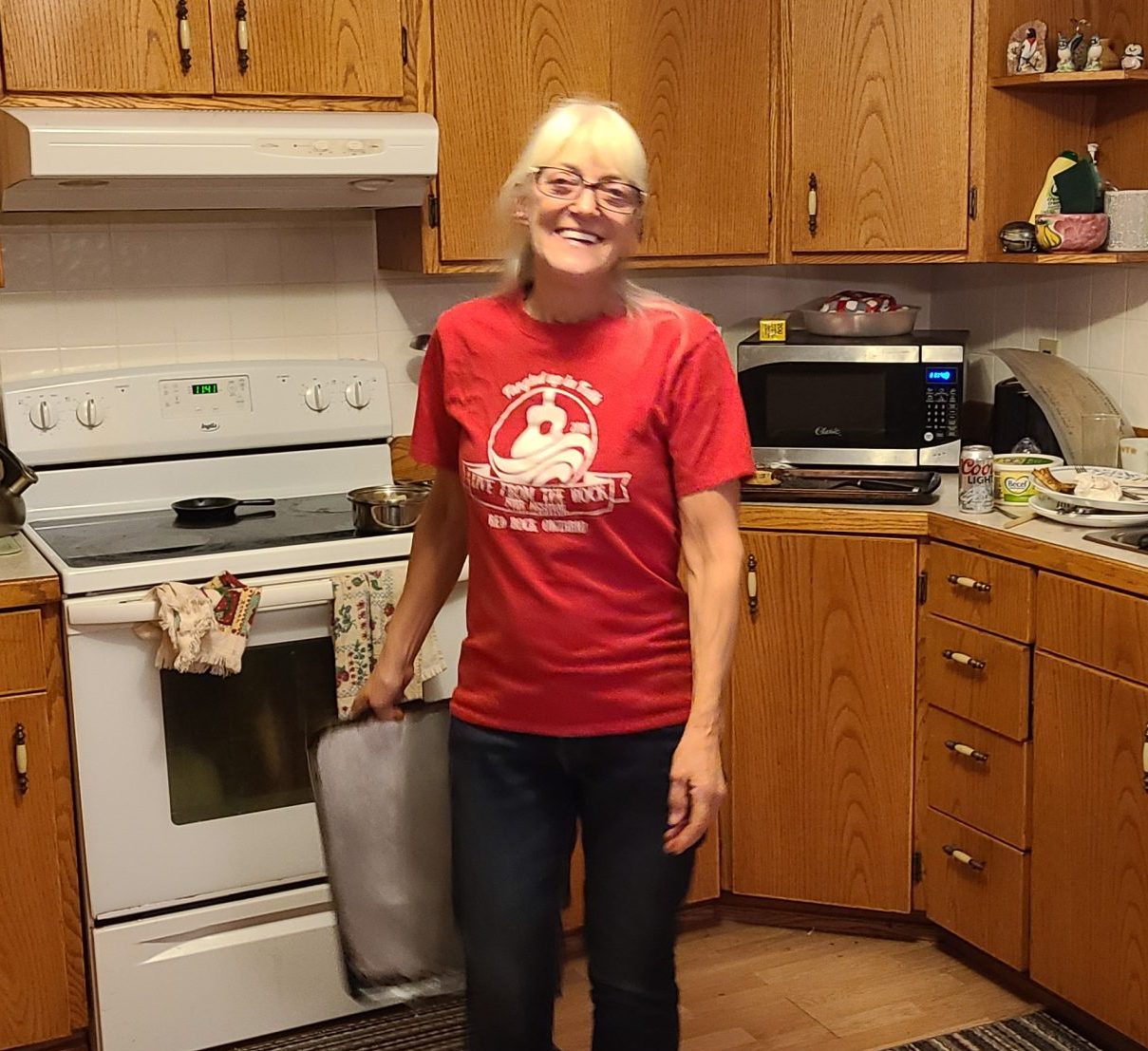 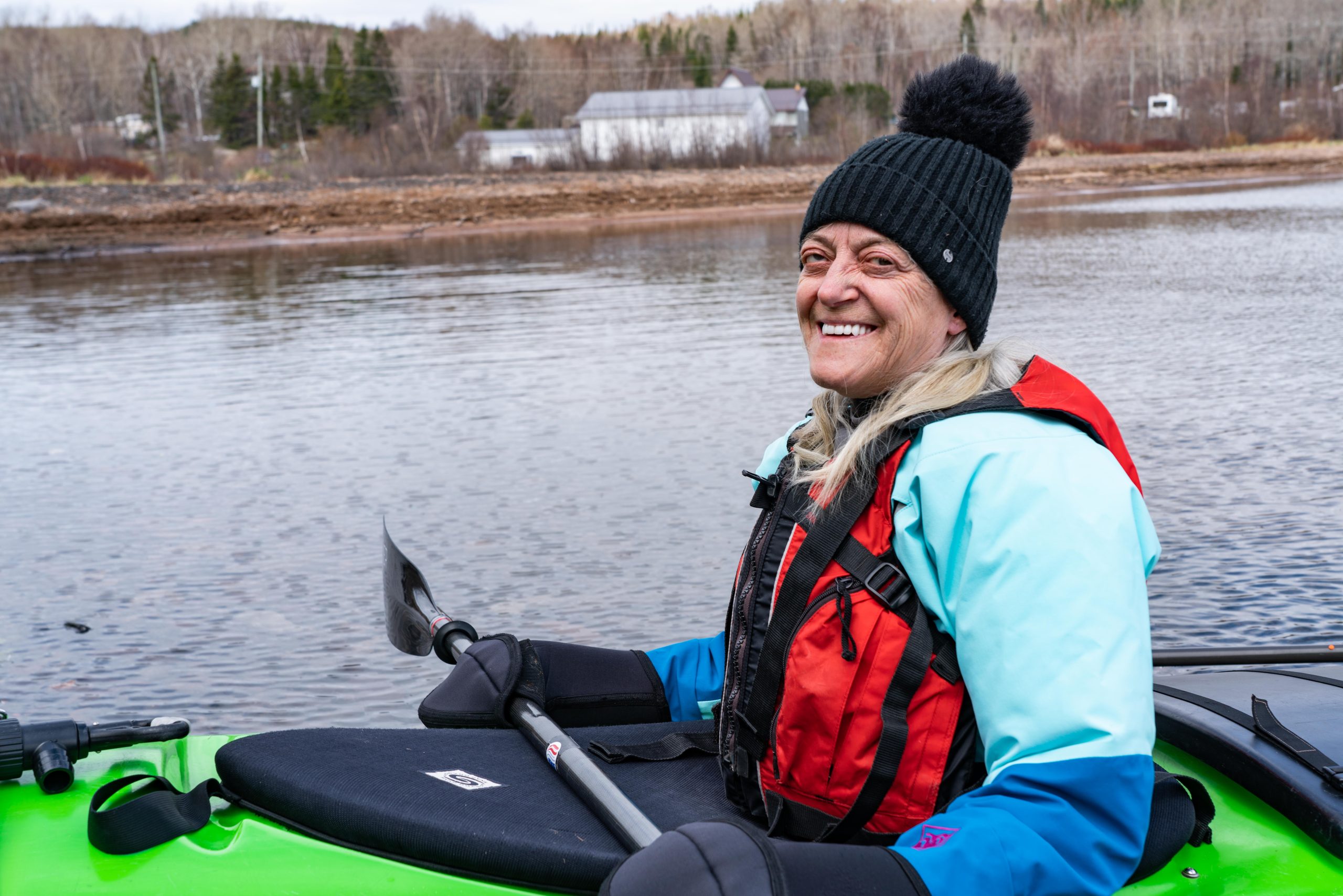